the cultural bridge to the Lauterbrunnen valley 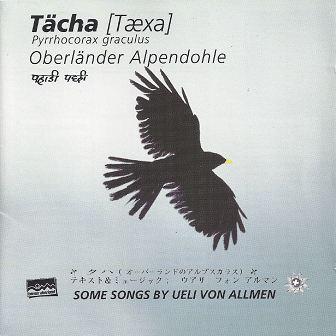 Since 1997 the worldmusic band Tächa has represented the Swiss mountain world around the Lauterbrunnen valley like noone else.

1999 Oecumenic memorial service for the victims of the canyoning tragedy nearby Wilderswil and their families.

The Swiss government was preparing the UN Year of Mountains 2002.

After their performance Tächa were asked to produce their first official DVD Music and Images from the Swiss Alps and Tächa became cultural ambassadors. At the time dvd players were not yet available for living rooms.

In the following year Economy Berner Oberland invited Tächa to produce a cd with a musical programme inspired by the UN Year Of Water 2003.

2009 Tächa teamed up with Eunan McIntyre in Ireland

2011/12 Concerts with Rudra from Nepal in Grindelwald Switzerland

Among the cultural scene of the Bernese Oberland Tächa is iconic being looked at as a musically independent band playing in an open and humorous style appealing to young and old people. High quality made in Switzerland and a musical landmark of the Swiss Alps.

Ueli von Allmen and Bruno Raemy also perform for the very young, Tächa's concert label for children is known as 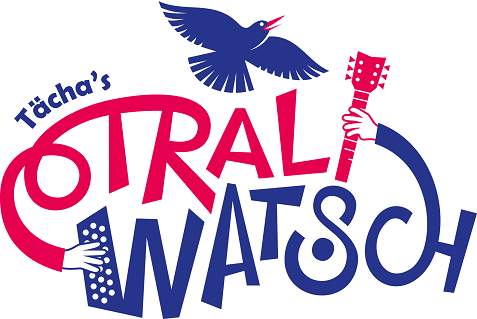 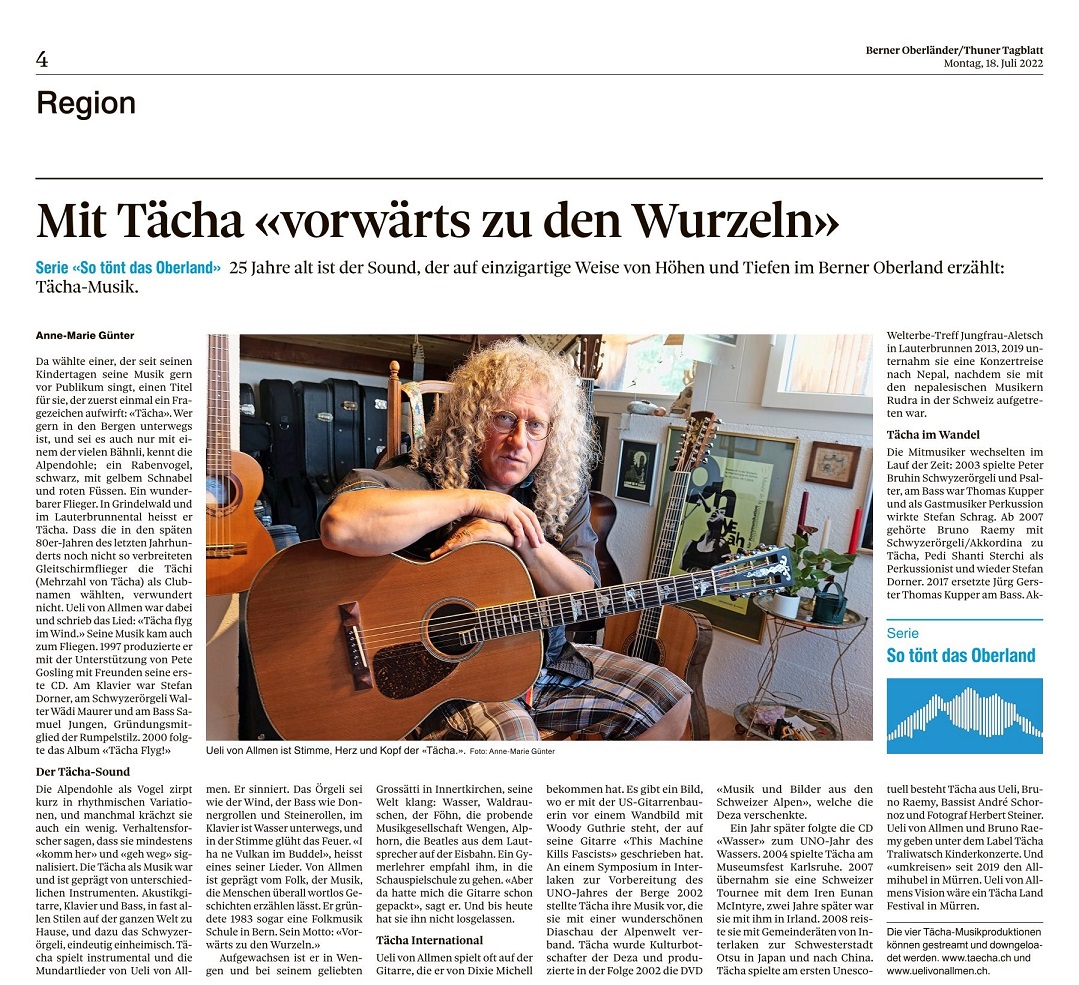